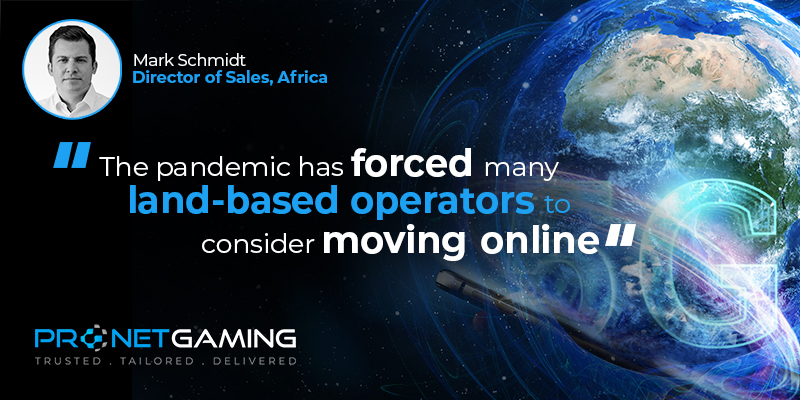 Director of Sales in Africa, Mark Schmidt, talks about the importance of localisation, the balance of retail and mobile products and more

How should gaming firms differentiate their products in Africa, compared to the rest of the world?

Payment is the main issue to keep in mind when considering an African expansion. Cash continues to be king and the forced closure of retail establishments has had a major adverse impact on Africa’s betting and gaming industry. With the rapid growth in mobile use, though, operators have increasingly seen mobile as forming a potential pathway not only through lockdown difficulties but also far beyond.

In Nigeria, for instance, the cheapest prepaid mobile data plan is around $0.30 for 50MB, a definite barrier for a population where, according to figures from the World Bank, 68 per cent of the population subsist on $1.25 a day.

Similarly, while smartphone ownership across the world runs at four out of every 10 people, the rate in Africa varies hugely from country to country. Remove South Africa from the equation and the picture becomes slightly more uniform.

With expensive data and so many devices not capable of supporting rich content, operators must consider both ends of the spectrum, with flexible solutions that also incorporate USSD betting. This allows for mobile wagering without the need for WiFi, GPRS or 3G and has taken off in countries including Tanzania, Kenya and Nigeria, where smartphones are not as prevalent.

How important is product differentiation/localisation relative to different markets or regions within Africa?

This is a lot more important than many European providers seem to appreciate. I often read and hear people communicating about Africa as though it is one big country. If you tried to sell to Europe or the Americas as though it was one country you would not succeed, not least from a regulatory point of view. In addition, as with any customer, it is important to listen and identify what customer needs, rather than just thinking “what can I sell them?” This is especially important with a growing market.

That being said, the patchwork format of regulations across the different regions is not ideal, but it is not entirely different to Europe in that regard. Virtual products are all the rage in Nigeria, while it became clear that free-to-play games were going to be necessary to enter the Kenyan market.

In fact, Kenya holds huge opportunities. Retail betting is very strong and mobile is catching up fast. Ghana, like plenty of countries, is football-focused making it an obvious target for sports betting.

South Africa has been regulated almost from day one, but there is no real need to look to it for regulatory cues. Many northern countries are now moving at pace and finding their own regulatory way.

What balance must be given between retail and mobile products in Africa?

One impact of the pandemic that cannot be overlooked is that it has forced many land-based operators to at least consider moving online. With so many customers having to entertain themselves from home, the mobile infrastructure in many parts of Africa are more developed than they were at the beginning of 2020. I believe it is in operators’ best interest to harness this migration and change to improve the appeal of their offering – provided they use an appropriate omni-channel solution, to keep players active after they have cashed in their chips. In a way, it’s similar to the book publishing world. Many forecasts declared the physical book dead once the e-reader device came onto the market. Instead, there has been a resurgence in the appeal of books as objects. We live in a digital world, but our human need for physical assets is undeniable and I believe this trend will be the same in the world of casino.

That being said, the halting of sport left many African operators with holes in their sportsbook offering that had to be very quickly filled. This is where virtuals and esports really came to the fore. Having been through the events of 2020, operators now have the product sets they need to cope with widespread disruption. There should be no danger of anyone being caught on their heels a second time around.

How quickly are the demands of different African markets changing?

With the increasing connectivity I mentioned, there is rising demand for faster mobile internet speeds in every corner across Africa. Though the continent undoubtedly faces significant challenges in terms of infrastructure, statistics from the Global Mobile Suppliers Association (GSA) have shown that 24 operators in 18 countries are evaluating, trialling and deploying 5G networks.

The report hints at operators in South Africa being at the forefront of the intended deployment of 5G into commercial networks. Operators acting in Nigeria and Kenya are also believed to be exploring options.

Once in widespread use, 5G networks promise to revolutionise the mobile experience. Existing network capacity will be boosted and new possibilities in product development start to open up, particularly around the live streaming of sport to mobile devices.

While talk of super-fast mobile 5G networks and uninterrupted coverage is premature as things stand across Africa, there is certainly an increasing focus on the advancement of mobile technology. In terms of gaming, Africa has historically been dominated by retail, but as we have seen, this is starting to change. Mobile money has long become a staple for bettors in Africa. Operators successfully integrating with local wallet providers to provide simple deposit and withdrawal processes have helped build a groundswell of confidence in mobile betting. 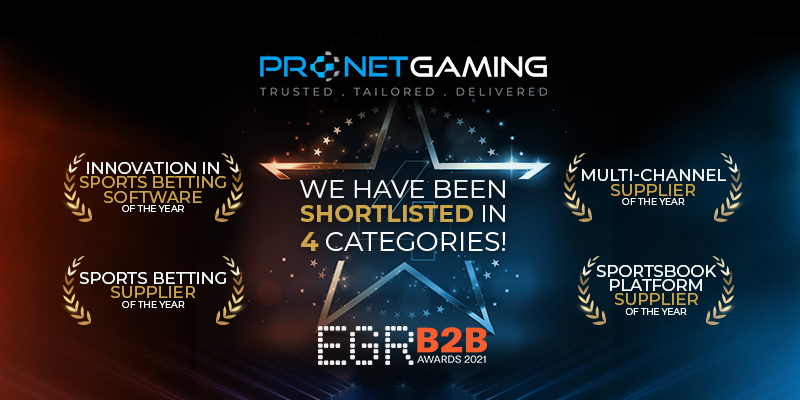 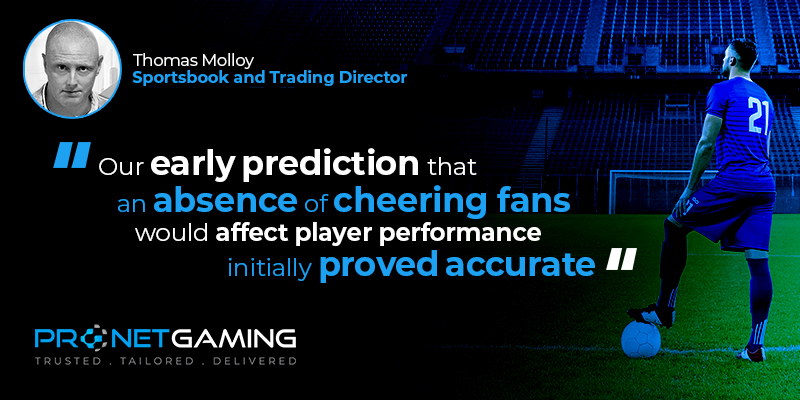