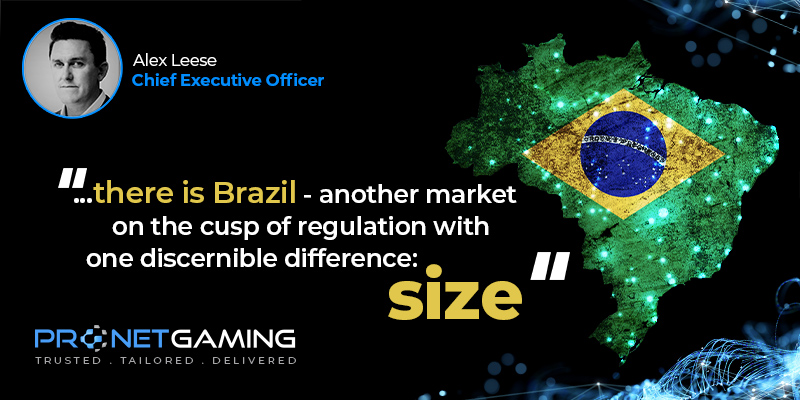 With a number of countries across the continent moving towards a regulated model, Latin America is on track to become a real powerhouse in the sports betting industry. But just as with Africa, Asia or even Europe, international companies waiting for the floodgates to open need to understand the region’s complexities. A blanket approach to product, marketing and brand won’t cut it in a territory where betting behaviours, culture, regulation and infrastructure vary widely. You have to drill down on a country-by-country level.

So how do Latin America’s key territories differ? At one extreme you have a well-developed market like Mexico.  Once driven by retail, the country is now producing real online growth with several strong brands leading the charge. That of course includes Caliente, which holds the majority stake, but also many successful companies operating in the co-existent grey market. Aside from Mexico’s maturity, it’s also an anomaly in terms of popularity of sporting content, with the country’s proximity to America influencing a 50:50 split between US sports versus both domestic and European football.

On the other hand, you have markets like Peru, Chile and Argentina which stand on the precipice of implementing regulatory frameworks. There are several online brands in their respective grey markets too, poised to make a quick move into the regulated space once the opportunity presents itself. But in contrast to Mexico, European-style products tend to prevail. With that comes a more familiar take on marketing, with promotional strategies reflecting the norm seen on the opposite side of the Atlantic.

And finally, there is Brazil – another market on the cusp of regulation with one discernible difference: size. With a nation of 210m people, you can only imagine the potential in terms of player and betting volumes, but at the same time, the populous nature of Brazil presents many peculiarities. There is a dominating preference for bingo products, while licenced retail and online betting are currently restricted to horse racing. Combined with the co-existence of the still underground jogo do bicho, a referral source for grey-market sports and casino betting, the operating conditions become even more unfamiliar. Yet, for the B2B and B2C providers who can recognise this, there is a competitive edge to be gained.

An easy generalisation to make is that Latin America products need to be simple. That may well be true for markets already operating under a regulatory framework, or even those on the fringe of formalising a betting and gaming sector, as the aim is to acquire a large volume of recreational players. But that story doesn’t apply to the grey zones, particularly where re-skinned versions of European sites are already popular. The end-users are just as savvy and sophisticated as anywhere else and using exchanges to hedge bets is commonplace. Practices such as offering simple wagers to educate players seen in markets like Mexico is therefore unnecessary and won’t have the desired impact. Meanwhile, consideration also has to be given to content. Although U.S. sports make up a much higher proportion of the highest-turnover sports, domestic and European football is still, and will probably always be, king.

One condition that does apply unilaterally, however, is the dominance of retail. Even where online sectors are burgeoning, it is the land-based giants that are leading the way.  The region’s most recently regulated market in Colombia is a prime example, with BetPlay and Wplay transferring their almost untouchable land-based strongholds to the fast-growing online space.  Depending on the type of regulation that is implemented elsewhere, however, that thinking may turn on its head. If, for example, more countries go for open regulation with an unlimited number of licences, then online acquisition will win over an expensive retail inventory. In either scenario, operators with the best omni-channel technology and mobile product will be primed to take the lead.

Where this hangs in the balance, however, is with the speed of implementation. Regulation across the region has been fraught with delays and the biggest hurdle for international companies is being nimble enough to adapt to technical regulation quickly enough. Time and again we’ve seen operators given only have a few months to comply once a framework is finally enacted, normally with a few surprises thrown in for good measure. Leveraging the eye-watering opportunity in the region demands staying power and persistence. As a B2B provider, it’s our job to get ahead of the game, assisting operators to make a quick and painless entry, once the light goes green.